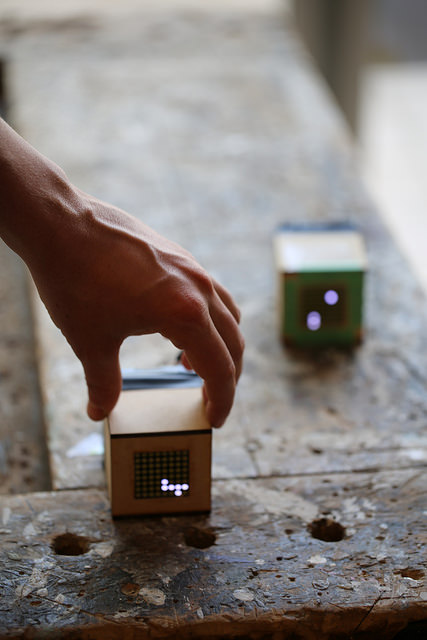 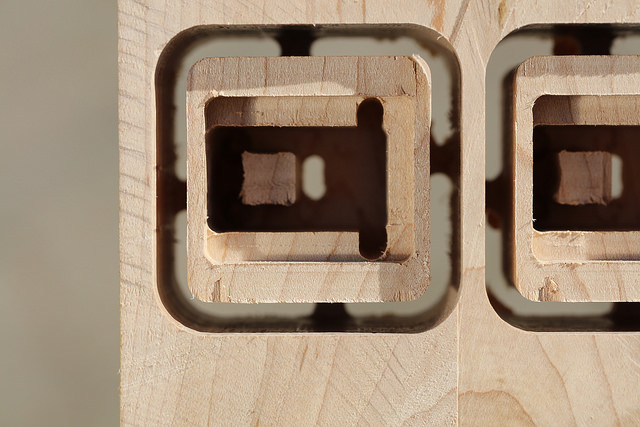 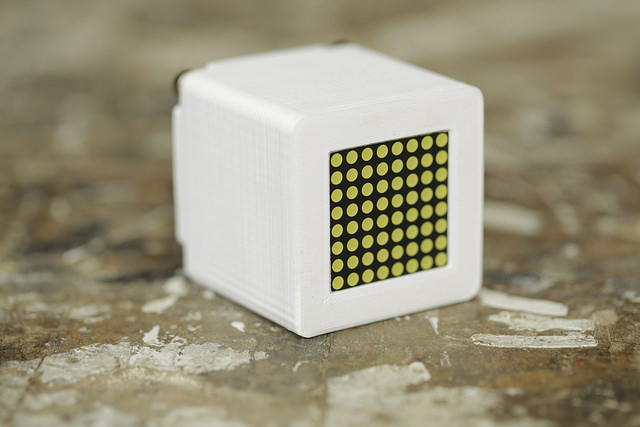 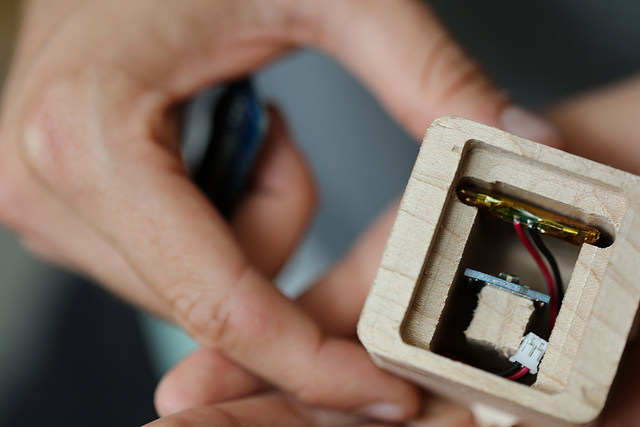 The Slow Game project draws on the practice of playing Chess with a remote opponent in which people would literally send their next move through paper correspondence via the post as inspiration for design. This activity required players to live with their chessboards over long periods of time as they contemplated what their next move might be. In this project, we apply a slow interaction framing on a tangible interactive game that enforces a very low frequency of interaction: one move a day. The game exists as a small 5cm cube, with a low resolution display consisting of 64 tiny white lights. The game is based on the classic video game ‘snake’, where the player manoeuvres a line which grows in length, with the line itself being a primary obstacle. The game is played by physically rotating the cube, which turns the direction that the snake moves. By reducing the feedback loop to a frequency of a day, Slow Game radically challenges our memory, observation and patience.

This project is in collaboration with Ishac Bertran, Garnet Hertz, Ron Wakkary, and students at Simon Fraser University (SFU) and Emily Carr University (ECU) including Henry Lin (SFU), Sam Beck (ECU), and Perry Tan (SFU). This collaborative project emerged from the intersection of Bertran’s earlier Slow Technology projects on Slow Games, my prior slow interaction design research, and Hertz’s research and studio on Critical Making. We are currently developing a batch of high quality, hand crafted maple wood implementations of Slow Game for field deployments in people’s homes and everyday environments. We are also developing a DIY electronics kit for anyone to assemble and customize their own slow game–both in physical form and materials as well as the computational game itself. We plan to release this kit via a major North American electronics distributor in 2016. An extensive amount of design documentation to date is provided in the images to the left.